Who, Exactly, is a “Criminal”? The Bad Guys are “Law Abiding” Citizens More Often 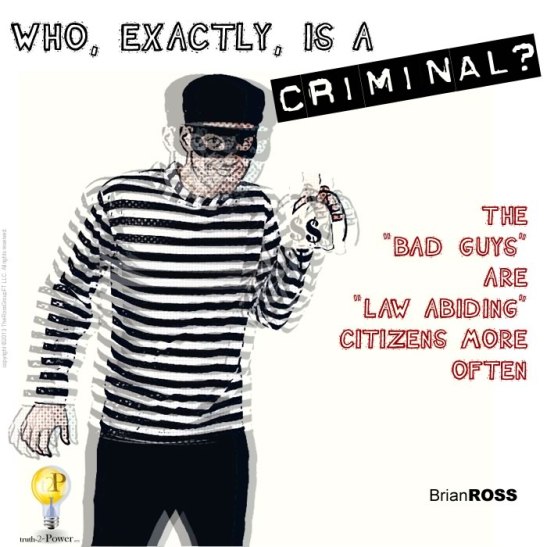 Who, exactly, is a “criminal?” According guns-gone-wild advocates, these weapons are there to protect us from “criminals.”   Newtown shooter Adam Lanza had no prior criminal record. Gabrielle Giffords’ shooter, Jared Lee Loughner, had no prior criminal record.  Nor do most of the people who make news as a murderer. What separates most gun owners from becoming criminals?

Taking off the safety.

Suicides and Arguments are the biggest source of gun violence in the United States, not felony crimes.

Our legal system is decades behind the data on homicides and their causes, most of which are rooted more in mental health and emotional control than in criminal intent.

Beyond suicide is homicide.  We’re lead to believe by the gun lobby and its minions that crime, and defense from crime are the primary reasons we need guns in America.

Yet only 14% of homicides are felony related, according to the FBI’s “Crime in the United States 2011.”  That includes everything from robbery to rape to narcotics, gambling, and prostitution.  TV’s darlings, gangland killings, juvenile gang related violence, and sniper attacks make up a large portion of the news day, but a small percentage of murders (5.5%)

The sad thing is that few of these arguments can be excused by causes that we see featured in movies and television so regularly.  The majority are run-of-the-mill arguments. A man shot a McDonald’s manager over a sandwich dispute. Hundreds of domestic disputes a year end in death at the end of a gun kept in the home, according to the FBI.

Of those non-criminal events arguments under the influence of alcohol are just 2%, influence of narcotics are also 2%, and fights about money and property make up just 2.5%.

52% of the arguments that lead to death by gun have no excuses other than poor judgment. Well, that and access to a firearm in the home.

The Excuses are Criminal

A criminal is defined as a person who has committed a crime. If the majority of gun deaths are committed by non-felons, those without a prior criminal record, then law-abiding citizens, not criminals, are the major source of gun deaths in America.

We regulate all kinds of behavior, from deviance to mental illness to smoking and use of substances from alcohol to hard drugs. The possession and/or carry of a weapon involve behavioral issues as well.  Gun owners should not be any more immune to enforcement of safe and sane practices.  Temporary confiscation for cause is no different than what we do with motor vehicles, and gives police the power to dramatically lower the real sources of murder in our communities.

Guns aren’t much different than cars.  The same rules should apply for their responsible use, and loss of their use, temporary or permanent, should equally be balanced against the privilege of their ownership.

As I mentioned in “In Guns We Trust,” if the full Second Amendment is used, then membership in a special militia of the National Guard, complete with background checks and psychological screenings, would radically drop the majority of gun deaths annually because unfit people would not be holding permits.

Short of that comprehensive, constitutional approach, though, the police dealing with domestic disputes need to be empowered with the ability to remove the easiest means of killing another human being from the hands of human beings with impaired judgment, whatever the reason, for a term to be determined by law.

Only then do we curb the real source of gun death in America: Gun-owning Americans who use them on themselves, their families, and their friends and neighbors.

6 comments on “Who, Exactly, is a “Criminal”? The Bad Guys are “Law Abiding” Citizens More Often”