The Casey Anthony Trial: Can Justice Be Served in Center Ring of the Media Big Top? 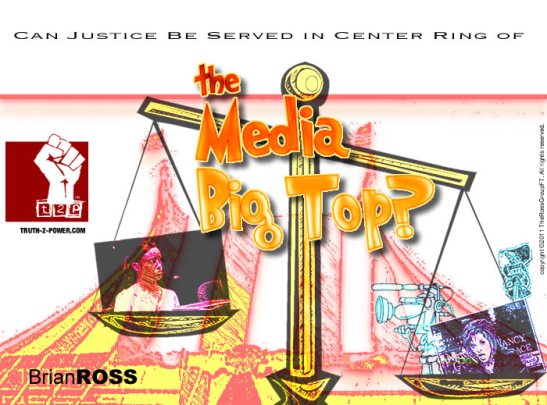 The Casey Anthony case is over. Hours will be spent by the nauseating Nancy Graces and dishwater dull Dr. Drews of the world rehashing why Ms. Anthony missed her place on death row. How does the media circus affect the outcome of a case?  Did your fascination with the trial contribute to the verdict?  Is there a better way to get justice for victims like two-year-old Caylee Anthony?

Child homicide in America, thankfully, is not even a statistical percentage of the 25.3M children aged 0-5 living in the United States in 2008, the year that Caylee was killed. 146 other girls aged 0-4 were the victims of homicide, 1.03% of the total murder statistics of that year. [1] [2].  What, then, brought the Anthony case into the spotlight?

This was a high profile case rife with strife and drama. The missing child and the statewide manhunt.  The inconsistencies in the mother’s story. The grandparents turning on the mother.  The vague coroner’s report from the celebrity forensic examiner that substituted speculation for science. It makes for the kind of theater that fills up the hours of human interest drama that spices up boring newscasts full of politics and economic news and world strife that fewer and fewer people really want to hear.

Since Ms. Anthony’s report of Caylee’s disappearance in June of 2008, thousands of pages of gossip rags and newspapers were dedicated to coverage of the trial and the family.  Thousands of hours of television programming were created to discuss every nuance of the case.  There are a handful of books on the case, with dozens more, including a possible Anthony autobiography, on the way. By the time that it came to the verdict this week, the Los Angeles Times reports:

•More than 600 press passes were doled out for media coverage, and every major broadcast network has had at least one reporter at the trial.

• CNN and NBC built two-story air-conditioned structures across from the courthouse for reporters and crews.

• People magazine has had writers in court every day, recently splashing the case on its cover.

• [ABC, NBC and CBS News all have run prime-time hour-long specials on the case.]

• The Orlando courtroom became a tourist destination, with spectators coming from outside Florida to vie for the 50 seats available to the public (at least one fistfight broke out among the crowd).

Like the JonBenet Ramsey murder circus from 1996, the case was an intellectual Twinkie, a morbid entertainment, for millions world-wide.  From the earliest forms of public execution to the high theater of sacrifice at the Roman Colosseum to the millions of hours of programming from cop shows to evening news and theaters filled with slashing maniacs killing crying coeds, we are a culture obsessed with death and murder.

Over the last thirty years, the continued devolution of television into reality programming has only accelerated our jones for human tragedy. The news media, in the guise of the public’s right to know, has pushed its way into the real court rooms for that live drama of a real murder trial. The court systems at every level in this country struggle with the balance between meting out justice, and the public’s right to know.

In Britain it is quite different.  Robb Todd at CBS News commented in the wake of the London terrorist bombings:

“In much of official Britain there’s an assumption that if the public doesn’t have a need to know, then it needn’t be told. Part of the reason involves police work: for investigators, information known only to them – and the criminal – can be a valuable tool for trapping a suspect. But a major reason why information tends to flow freer in the U.S. than in the U.K. lies in the law.

“Despite their shared foundation in common law, there are sharply divergent views and practice in America and Britain on what the public is entitled to know about crimes, criminals and the justice system; in particular, where the line gets drawn between a defendant’s right to a fair trial – and the public’s right to know.

“At the extreme, media free-for-alls that surrounded the prosecutions of O.J. Simpson and Michael Jackson have been seen here as illustrations of the U.S. system gone awry. When evidence and legal strategy are topics for comment outside the courtroom; when lawyers and witnesses talk to the press; and when reporters write about all this in detail, commenting on the strength of the case and even speculating on the jury’s demeanor – the British have always argued that justice suffers.

“In Britain, under the Contempt of Court Act 1981, newspapers and broadcasters can be prosecuted for publishing anything that might ‘create a substantial risk that the course of public justice will be seriously impeded or prejudiced.'”

“In practice, once an arrest warrant has been issued, the law amounts to a gag order on the press.”

Sensationalism sells.  The Anthony case, the Ramsey case, the Susan Smith case, going all the way back the Lincoln assassination, public obsessions with show trials have made the work of police and prosecutors in these high profile cases that much harder. Many witnesses do not want to be part of the spectacle, and have their lives dragged into the public eye. Those who do want that become fame-whores who are unreliable.  Witnesses have lied on the stand to shape the narrative for both prosecution and defense. They have lied to protect themselves from seeming to be involved with a killer in ways that will ostracize them in their community.

Every nuance of their actions and the lives of people in a high profile case become fodder for the defense and their prime-time audience, the media.

O.J. Simpson trial fans may remember detective Mark Fuhrman, whose perjured testimony on the use of the “n” word and other racial epithets undercut his credibility as a witness.

Playing on the heart-strings of the public is a huge weapon in the arsenal of the defense attorney.  Johnny Cochran and the “Dream Team” that freed Simpson made sure that everything played to television.  Jurors can be told not to watch, but they live in the community. They live with other people.

Most District Attorneys are popularly elected.  The media fans the florid flames of rhetorical excess, whipping up the community for a conviction on the most severe of charges.  Reduce the charges for Ms. Anthony to a lesser crime and win?  Hard to sell when a Nancy Grace is railing for “Tot Mom” to get the death penalty five nights a week.

Attorneys who prevail move on in the political system. Those that fail often end up doing color commentary in the next big show trial.

The most heroic thing that happened in the courtroom of the Anthony trial is that twelve average citizens looked at the muddled mess that the D.A. filed and said that they could not meet the legal standard to convict the young woman who allegedly murdered her daughter of the overblown charges presented to them.

Whether you believe that Casey Anthony was guilty or innocent, public interest influenced the outcome of the case.  Had their been less media pressure, the D.A. might have filed for lesser charges with a more certain “win.”

Congress should consider an American variation of the Contempt of Court Act.   The public has a right to know what goes on in our courts. To the question of whether they have a right to know right now, the answer is “no.”  The court room should be returned to being a place of justice.  Let the reporters summarize the day’s events. Bring back the court illustrator.

It is time to let the horse of Justice pull the cart of public spectacle, and not vice-versa.

One comment on “The Casey Anthony Trial: Can Justice Be Served in Center Ring of the Media Big Top?”